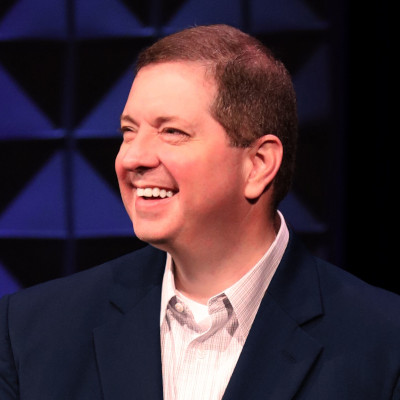 Thursday, October 3rd at 2:00 PM in the Ballroom

Jonathan Arneault is the Director of North America SaaS, Center of Excellence, and Go To Market transformation at IBM. Nicknamed “the Wizard of Oz” by his teams, Jonathan thrives on making “almost magic”; creating great change and growth.

Jonathan’s prior IBM roles include serving as the SaaS Executive for Watson Customer Engagement division, the IBM Industry Solutions World Wide M&A Executive, and as the North America Sales Executive for WebSphere SOA Integration. He has also served as the Business Unit Executive for the IBM CEEMEA region (Central Eastern Europe, Middle East, and Africa) and as the Worldwide Business Unit Executive for WebSphere Business Process Management and Integration. During these roles Jonathan has been a key leader for IBM’s Payment Initiatives, including solutions for ACH, SEPA, FedWire, CHIPs, and IBM Payment Solutions offerings. Throughout them, he’s served on IBM’s global product council, a key executive on the Worldwide Cloud Leadership team, and as the executive sponsor or leader in multiple strategic initiatives.

Mr. Arneault also serves as a Director of the Lucas Scholarship Foundation, aiding youth in Sub-Saharan Africa to pursue education as Medical Doctors in their native countries. He also is a Director of the Barnabas Trust, a charitable foundation providing assistance and direct-aid to non-political NGOs. He is also an advisor to multiple emerging technology companies. Jonathan was a Presidential Appointee to the US Selective Service System board and served as Vice-President of the Board for a regional utility company, as well as several other non-profit organizations.

Jonathan’s distinguished 20+ year career in technology includes senior management and executive positions at Netscape, America Online, Sun Microsystems, Mercator Software, and Ascential Software and IBM. He has been a key leader and executive in the successful transition through five company acquisitions he’s worked at, as well as leading the assessment and integration of fourteen IBM acquisitions. He came to IBM through their purchase of Ascential Software in 2005 and has held key leadership roles in IBM ever since. A native of New York, Jonathan now lives in Pensacola Beach, Florida with his wife and four children.